After a series of unhealthy relationships, Angela was determined to become self-sufficient and build a better life for herself and her daughter, Brianna. But even before she lost her full-time job, she struggled to find an affordable apartment to rent.

Angela and Brianna joined our Transformational Housing Program and moved into one of the Agency’s affordable apartments. Angela worked with her case manager to create a plan to reach financial independence. She set savings goals and participated in our Financial Literacy Program while Brianna got into a healthy routine at school.

“Over the past year, I’ve experienced so much growth as a mother and as a woman,” Angela said. “I never want to depend on someone else again.”

Last month, Angela graduated from our Transformational Housing Program after accepting a full-time position where she makes enough to afford market rent, pay her bills, and start saving. Her credit score has gone up significantly, and she feels stable.

Because of you, Angela is able to support her family once again. Your donation helps us provide services that give families in Greater Nashua the chance to get back on their feet.

A little goes a long way.

For the cost of your favorite subscription service, you can change lives in our community. Just $15/month provides financial education to help a single mother become self-sufficient.

What else can your support provide?

gives new sheets, towels and other basic toiletries to a homeless family living in our Norwell Home. 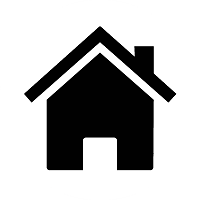 assists a family that has been economically affected by the COVID-19 pandemic with back rent.

helps cover utilities and make improvements to aid in social distancing at our housing facilities.

provides housing and case management to stabilize a family on the verge of homelessness.

helps provide safe, affordable apartments for single mothers and their children working toward self-sufficiency in Nashua.