From Homeless to Self-Sufficient: Angela’s Story

After a series of unhealthy relationships, Angela was determined to become self-sufficient and build a better life for herself and her daughter. Your support gave her the tools she needed to get back on her feet again. 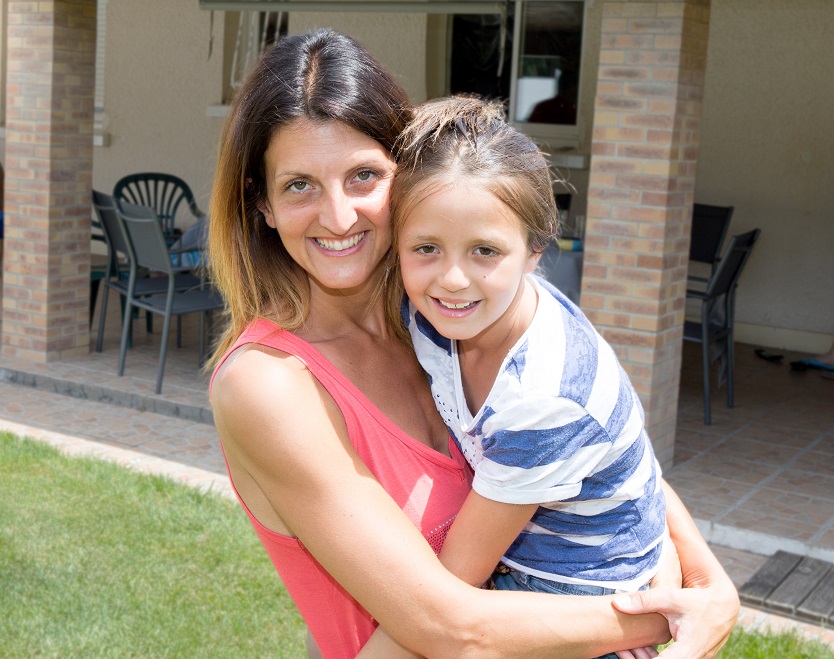 After a series of unhealthy relationships, Angela was determined to become self-sufficient and build a better life for herself and her daughter, Brianna. But as she soon found out, the average cost to rent a two-bedroom unit in Hillsborough County is more than $1,600 per month (up 28% since 2016, according to the New Hampshire Housing Finance Authority). Even before she lost her full-time job, she couldn’t afford to rent. She was out of options.

“I had nothing left. My daughter and I were literally facing homelessness,” said Angela. “I’m motivated and educated. I could not believe it was happening to us.”

Angela hesitated to reach out to the Front Door Agency for assistance. Because she worked for non-profits in the past, she was used to providing assistance to others, not receiving it herself. After meeting with our case managers, Angela and Brianna joined Phase II of the Transformational Housing Program and moved into one of the Agency’s affordable apartments in Nashua. This was the first step on their journey toward self-sufficiency.

“We never had a place of our own before,” Angela said. “That first night, we sat on the empty living room floor with takeout and just looked at each other, smiling. That’s when I knew we were finally ok.” 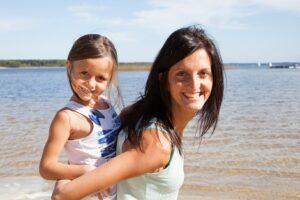 Angela worked with her case manager to create a gradual plan to reach financial independence. “I never want to depend on someone else again,” she said. Angela set rigorous savings goals and participated in the Agency’s Financial Literacy Program. She started searching for a stable career more closely aligned with her background, and Brianna got into a healthy routine at school. “Over the past year, I’ve experienced so much personal growth as a mother and as a woman,” Angela said.

Recently, she accepted a full-time position at a Fortune 500 company where she makes enough to afford market rent and start saving. Her credit score has gone up significantly, and she feels stable. “I have never been as strong as I am today,” Angela said. “I feel empowered. I know what I want, what I deserve, and I won’t settle for less.”

Earlier this year, Angela graduated from our Transformational Housing Program with the ability to pay market rent and start saving. She is now self-sufficient. Her ultimate goal is to purchase a home for her and Brianna, a place to put down roots and continue building the life they’ve always dreamed about.

Because of you, Angela is able to support her family again. Your donation helps us provide services that give families in Greater Nashua the chance to get back on their feet. Thank you for your support!