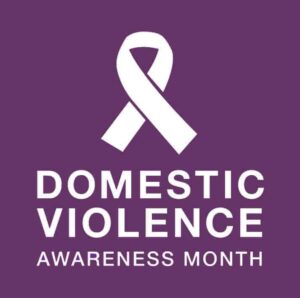 Seeing homeless people along the streets of downtown Nashua is so commonplace, it’s easy to ignore. Sometimes it’s a man standing on the sidewalk, holding a cup and asking for change. Other times, it’s a woman curled up on a park bench, covered in a thin blanket.

How did they get there? During Domestic Violence Awareness Month, it’s important to pause and explore a significant cause of homelessness: domestic violence.

According to The National Coalition Against Domestic Violence (NCADV), nearly 20 people per minute are physically abused by an intimate partner in the United States alone. People experiencing domestic violence often feel isolated with nowhere to turn for help, feelings that are typically exacerbated by their abuser. The NCADV also reports that victims lose a total of eight million days of paid work each year, with many victims losing their jobs due to reasons stemming from abuse. With nowhere to go and limited financial means, it’s easy to imagine how victims of abuse become homeless after leaving their abusive partner.

The lack of affordable housing in Nashua also contributes to homelessness, preventing victims of abuse from finding a place of their own to flee. According to a 2020 survey conducted by the New Hampshire Housing Finance Authority, fair market rent in Nashua exceeds $1,400 for a two-bedroom apartment and $1,700 for a three-bedroom apartment.

The ongoing COVID-19 pandemic has also contributed to domestic violence issues across the country. According to The New England Journal of Medicine, economic independence is a critical factor in domestic violence. Increased job loss and unemployment (particularly among women of color, immigrants, and workers without a college education) forces victims of domestic abuse to become even more dependent on their abusers, making it harder for them to escape because they cannot support themselves. Ongoing lockdowns and quarantine mandates also force victims to remain home with their abusers.

As a Nashua native and the CEO of the Front Door Agency, aiding local domestic abuse victims on their path toward self-sufficiency is a mission that is close to my heart. In fact, 97% of the women and children in the Front Door Agency’s Transformational Housing program have been affected by domestic violence, and we’ve found that safe housing is one of the most pressing needs of those fleeing from domestic violence. The program provides safe housing, case management, transportation, childcare and educational opportunities for single mothers and their children in Greater Nashua. The goal is to help these women stabilize their lives so that they can work toward self-sufficiency.

Katherine is one of these mothers who came to the Front Door Agency when she had nowhere else to go. “When I first joined the Transformational Housing program, I was in a really rough spot. I’d been forced to leave my home because of an abusive parent and I had no family or friends to turn to,” says Katherine. “At 19 years old, I was couch surfing or staying at Motel 6 with my daughter in a Pack ‘n Play.”

Katherine moved into the Front Door Agency’s Norwell Home on Concord Street in Nashua where she received personalized case management to address the trauma she faced at home. Without having to worry about where she and her daughter would sleep next, and with their basic needs met, Katherine created her own roadmap for her future and enrolled in college.

“All of that seemed so out of reach before,” she says. “Over the past few years, I’ve gone from being a homeless teenage mom to a college graduate with an Associate’s Degree in Science and a Certificate in Dental Assisting. The program allowed me to become the person and mother I wanted and needed to be.”

The Front Door Agency also helps victims flee from domestic violence with its Security Deposit Loan Program. Individuals and families that need safe, permanent housing but are unable to save up for a security deposit of their own can apply for an interest-free loan to help them secure housing quickly.

While an increase in affordable housing and programs offered by organizations like the Front Door Agency help combat homelessness, it’s important to remember that homelessness is sometimes just a symptom of the trauma that victims of domestic violence face. If you or anyone you know is facing domestic violence, you are not alone. Call the National Domestic Violence Hotline at 1-800-799-7233 to talk to an advocate.