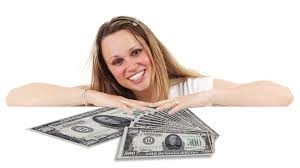 If you’re female and you want to make a bank deposit today – it’s not a big deal. You can drive up to your bank’s ATM, walk into the lobby or even make the deposit quickly online and it’s done! Unfortunately this wasn’t the case for women 200 years ago. When Boston-based Eastern Bank first opened its doors in 1818, their first depositor – a woman named Rebecca Sutton – had to have her husband’s lawyer make the deposit on her behalf. Unbelievable but true – women weren’t allowed to make bank deposits!

Inspired by stories like Mrs. Sutton’s, the Eastern Bank Charitable Foundation decided during the Bank’s 200th anniversary year to give targeted grants to organizations that address women’s issues. Their goal is to support non-profits that “create new opportunities and resources for women in areas where assistance is needed the most.” The Front Door Agency is proud to be one of 170 non-profits selected to receive a $10,000 Eastern Bank Charitable Foundation grant to support our work with homeless single mothers in our Transformational Housing Program.

Making Strides, But Still a Long Way to Go

While acknowledging that women have made a lot of progress since 1818, Eastern Bank officials shared a couple of sobering facts about the status of women today:

– A woman is assaulted every nine seconds in the U.S. and one in three women has been a victim of physical violence by an intimate partner. Our reality: Unfortunately, a majority of single mothers in our Transformational Housing Program are victims of domestic violence or another serious crime and suffer from trauma. They need strong supportive services in order to create a brighter future for themselves and their children.

– In New Hampshire, women earn 76 cents for every dollar paid to men. Nationwide, Latinas earn only 56 cents compared to men. Our reality: Lower wages paid to women combined with the high cost of housing in our region leads to more incidences of homelessness and poverty. Our Agency offers affordable housing to single mothers and others and also emphasizes higher education so they can increase their wages and break the cycle of poverty.

Together, We Can Make a Difference

It’s empowering to know that we can count on organizations like Eastern Bank to partner with us to overcome these barriers. In our eyes, Eastern Bank is a super-hero! They’ve awarded $1.7 million to New England organizations this year to help address issues that disproportionally affect women – including sexual assault, domestic violence, human trafficking, health care, and pay equity.

As Bob Rivers, Chair and CEO of Eastern, noted: “With each targeted grant, we aim to…contribute to real progress around the advancement of women in our local communities. On behalf of everyone at Eastern, we congratulate this year’s Targeted Grant recipients and thank them for working to level the playing field.”

So the next time you need to make a bank deposit – regardless of your gender – we hope you’ll pause for a moment to think about the barriers women have faced, the progress that’s been made and the work that still needs to be done. We also hope that you are inspired by community heroes like Eastern Bank to become part of the solution.

Interested in learning more about the history of women’s issues?  In honor of Women’s Equality Day on August 26th, we invite you to explore the National Women’s History Project website.